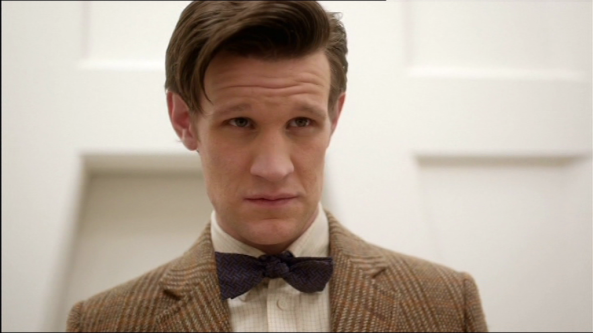 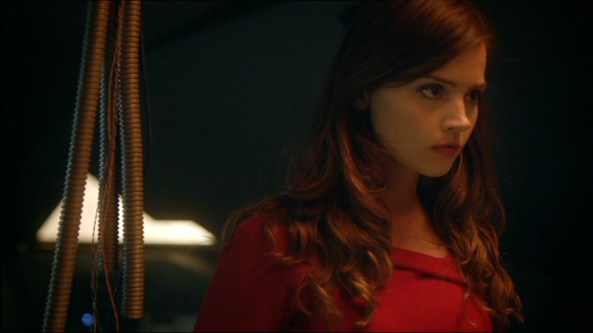 When we were being clever in the seventies sometimes we would stroke our chins and say things like “Ah yes, you see Terry Nation writes about blank-faced figures of totalitarian authority.” This was based on a fairly simple reading of Blake’s 7 and the knowledge that Nation had invented the Daleks.

It didn’t really stand up to examination. There aren’t themes of political oppression in Nation’s peerless TV series Survivors. And whilst I am unfamiliar with his radio scripts for Terry Scott, Eric Sykes and Frankie Howerd I can’t imagine that they staggered under a weight of doomy metaphors for despotism.

I could be wrong.

Another stupid thing we used to say about Terry Nation was that Blake’s 7 was somehow a British Star Trek, which was a bit thick of us. The two shows are entirely antithetical. For instance, in Star Trek the idea of a rigidly hierarchical expansionist Federation manned by thugs in uniforms was deemed to be a good thing, whereas in Blake’s 7 it wasn’t.

(I utterly, utterly adore Blake’s 7 with its bunch of sarcastic new romantics. Not so keen on Wagon Train To The Stars.)

What is true is that the Daleks were intended to be symbolic Nazis when they originally appeared. The first Dalek was glimpsed towards the end of 1963, a short eighteen years after the end of the Second World War. And whilst the sight of a bombed out London in 1964’s Dalek Invasion Of Earth looks eerie to us, to a child watching the story as it was first broadcast that was just the way their parents would have recalled the city looking during the blitz.

Daleks have always, accidentally or otherwise, held a mirror up to contemporary society. As the baby boom generation began to more confidently assert itself during the sixties and memories of the war receded so the Daleks became less feared and more mocked.

This loss of reputation, partly stemming from their sheer ubiquity, led to the Daleks being sidelined for several years before reappearing in the colourful Pertwee era of the early seventies. Their impact had undeniably diminished though.  They were by now mere totems of evil. Their motivations and agendas were as opaque as those of THRUSH or Galaxy or the Mysterons.

In the persuasive 1975 Tom Baker story Genesis Of The Daleks, however, a new direction was found. There are blatant First World War trappings but underneath that what the story clearly is is a Cold War parable. This theme was carried over into 1979’s Destiny Of The Daleks in which the irresistible force of the Daleks has fought itself to a standstill against the immoveable object of the space-disco empire of the Movellans. It doesn’t matter which represents the West and which the Soviet Bloc, this is self-evidently John le Carré in space. 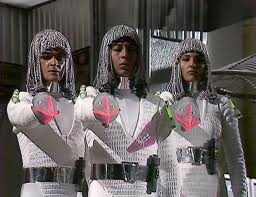 As classic Doctor Who started tripping over itself so too the Daleks lost their way. What were they now? Funeral directors? Bank robbers?

In the last classic era Dalek story, Remembrance Of The Daleks (1988), the action is relocated to 1963 London in a dizzying spin of self-reference and pantomime. It’s a really enjoyable story but if the Daleks had arses this would be the point at which they finally disappeared up them.

When Doctor Who came back on the telly (hooray!) in 2005 we were initially told that there would be NO Daleks. This was misinformation clearly. In fact they reappeared quite quickly in Robert Shearman’s wonderful story simply called Dalek.

How contemporary was it? Well, unlike any previous Dalek stories this was the story of a lone survivor of the Time War; a single Dalek on a journey of self-discovery, struggling against appalling odds to achieve its destiny. It is the Peoples’ Dalek. The Dalek Of Hearts. It is the winner of Britain’s Got Daleks.

The Daleks even lowered themselves to become involved in TV production before ultimately, in the delightful Victory Of The Daleks (2010) refreshing their brand proposition as the New Dalek Paradigm. You just cannot get more of the moment than that.

(Briefly and parenthetically on the subject of the New Dalek Paradigm: I can broadly understand the Scientists, Strategists and Supremes. The Eternals are pleasingly mysterious. But the Drones? Really. What are they? Drones don’t actually do too much in a hive. The word basically means idler or slacker. There is a reason that Bertie Wooster is a member of The Drones Club. Did the writers intend this, or have they just confused Drones with Workers? This is a genuine question. Please feel free to answer.)

After the Daleks’ appearance in Victory Of The Daleks Stephen Moffat announced that they would be retired for a while.

Mr. M. is a puckish, playful show-runner however, and here we all are now at what, for the sake of simplicity, I shall call Series 7 and what do we have?

Asylum Of The Daleks.

To emphasise their tail-end-of-2012 credentials and maintain that zeitgeistiness I’ve just been bibbling on about for eleventy-twelve paragraphs the Daleks are now revealed to be heavily reliant on outsourcing.

Ladies and gentlemen, please welcome to the universe DALEK PUPPETS! The G4S of Doctor Who monsters.

They have always tendered some work out to third parties have the Daleks. One thinks fondly of the Robomen and the Ogrons. This is something a bit more though. The Dalek Puppets are a genuinely clever innovation (though they have an antecedent of sorts in Lytton from Resurrection Of The Daleks) and they can do all sorts of stuff that actual Daleks can’t do. Applying make-up. Driving double-decker buses. That kind of thing.

Their focused obtaining of the Doctor, Amy and Rory at the beginning of Asylum Of The Daleks is a rather wonderful thing. It’s so much better than the usual method the Daleks use to apprehend the Doctor which tends to involve designing a bewilderingly complicated trap and then hoping the Time Lord somehow walks into it.

Which to be fair he usually does.

It is magnificently creepy that the puppets can have access to their own memories when required. The best thing though is the sprouty eye-stalk they develop as they become fully conscious.

We have had third eyes before in Who (the Silurians, Davros, the upgraded Adam) but this is the first time I can recall it being so symbolically purposeful. Also known as the Ajna chakra in Hinduism, the third eye is associated in mystical traditions with enlightenment, religious visions and communication with higher planes of existence. It is supposedly stimulated by the process of trepanning.

I love the fact that that image is just dropped into a kids’ teatime TV show.

I liked Asylum Of The Daleks very much, but rather than just pointlessly recapping the story for you or embarking on a bit of febrile speculation as to what happens next I’d like to list just some of what I loved about the story. It’s a bunch of spoilers really. Mind how you go. (Though honestly if you’re reading this before seeing the episode my question to you is: Why are you reading this before you’ve seen the episode?)

2) There are broken, ill, lunatic Daleks but they aren’t destroyed because that would offend the Dalek aesthetic.

3) The most deranged Daleks turned out to be the ones who have been defeated by the Doctor: Spiridon, Aridius, Kembel, Vulcan, Exxilon.

4) Jenna-Louise Coleman showed up several episodes before I expected her to. As a Dalek. A sexy, witty, elfin Dalek. 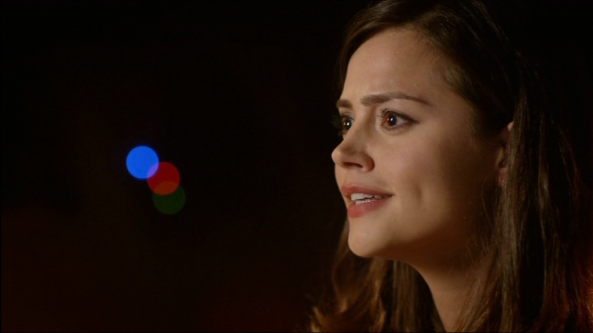 5) The script was smart, giving us clues as to what was happening. Soufflé, milk, eggs… “Are those things eggs?” No Rory, those are etheric beam locators.

6) The Rory/Amy dynamic took a turn for the unexpected and, in conjunction with the Pond Life mini-episodes that have been available on the BBC website, that moved me a little bit. Which was unexpected.

7) Arthur Darvill’s comic timing was superb on the line “What colour? Sorry. There weren’t any good questions left.”

8) Matt Smith’s galloping confidence is glorious. His entrance, a shadow in profile, was epochal. You can already imagine this stuff being fondly written about in forty years time by today’s seven year-olds. 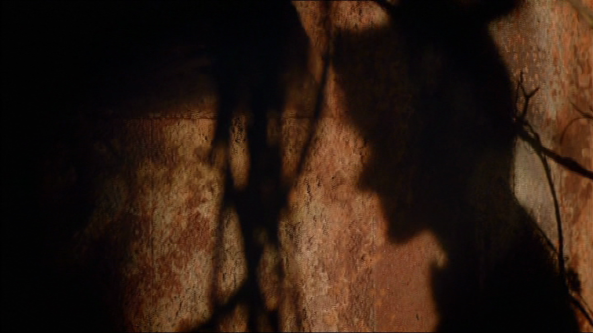 9) The visual language is fabulously sophisticated. I like the clue we get that every time Oswin sees anything on her monitor it’s through a Dalek sighting reticule. And I outright love the reflective compositions that accompany the Dalek Puppet abductions of Amy and Rory. This visual shorthand for a fractured, unreliable sense of personal identity is straight out of the Nicolas Roeg/Donald Cammell movie Performance (1970). Top directoring. 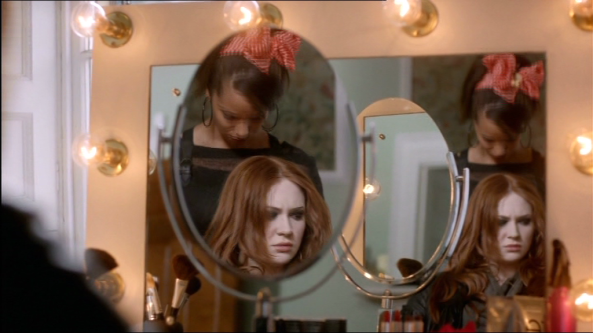 10) I knew what I was expecting and I was wrong-footed. Completely. Happily. Excitedly.

By any standards this is high quality television. For a crowd-pleasing, family-oriented, ratings-sensitive Saturday night it is pure platinum.

There was a singing competition on the other side.

Next week it is Dinosaurs On A Spaceship. This half-reminds me of a Calvin & Hobbes strip but I can’t immediately source it.

Also, apparently, it will feature the voices of David Mitchell and Robert Webb.

Are they the baddies?

Stephen the Special Weapons Dalek, in case you missed him