It turns out that I have no idea how to write about Kate Bush.

There are oodles of things that I find of passing interest, The Mighty Boosh, Billy Wilder, casseroles, Central Office of Information films and walking up hills for instance. Then there are things that I find pretty intriguing like Italian zombie movies of the seventies, the Matt Scudder books of Lawrence Block, Lost, photography, Frank Zappa, The Avengers. That sort of thing.

My obsessions however (and straightaway that’s not the right word) are threefold. Doctor Who, James Bond, Kate Bush. That’s what I will be forever gurglingly uncritical about.

Yes. You are quite correct. The ending of Thunderball is a bit of a muddy and ambiguous mess. Some of those Colin Baker/Sylvester McCoy stories were a bit juvenile. And perhaps the maternal contentment of Aerial doesn’t quite communicate itself to those of us condemned (through gross physical imperfection and acute social maladroitness) to die without issue.

The thing is though, even the worst moments of Bond, Who and Bush are magnificent.

The Daniel Craig Bond films Casino Royale and Quantum of Solace are giddy marvels and my heart is gladdened that there is to be a third. Quantum of Solace felt like the middle part of a trilogy and my neurotic side will remain a bit fidgety until the story arc is finished. However, heterodoxically, I also think that Roger Moore was rather a fine James Bond. He may even be my favourite. Certainly the two movies that came out in 1977 and 1979 (The Spy Who Loved Me and Moonraker) remain my favourites, though they are not fondly regarded by the whole of the rest of the world.

I was fourteen in 1979. I am forty-five now. There is not a frame of Moonraker that I do not love.

Similarly with Doctor Who. The slicker it gets, the darker it gets, the more polymorphously perverse it gets (and I’m definitely in favour of all of this), the more fond I become of the stilted, done on a budget, 4:3 ratio shows of the sixties and seventies. They are now almost all out on DVD and the restoration job done on the surviving images is astonishing. The extras are vast and opulent. It’s a good time to be a Who fan.

Old Bond, new Bond. Old Who, new Who. The reinvigoration of these phenomena, when all but the truly faithful had given them up for vulture food, is a delight. In each case the creators have held on to what made the contraptions work in the first place, but they’ve also upgraded them so that the expectations of the 21st Century bubble-mind are met.

What though, of Kate Bush?

She has released one album in the 21st Century, Aerial (2005) and, whilst it’s an album I can quite enjoy in a superficial way it isn’t a work that I can find a way into.

My introduction to Kate Bush, as with many people of my generation, was her appearance on Top of the Pops in 1978. It was difficult to be surprising in that long-ago shrieking maelstrom. There was prog rock. There was punk. There was Showaddywaddy. There were the fucking Wombles for fuck’s sake. Everything was weird.

But in the middle of it all Kate Bush, dressed in her nightie and howling like a banshee gone mad on the glue, really commanded attention. And (and this was exciting) she seemed to be singing about a book.

I was so excited my NHS specs probably fell into my bowl of Golden Nuggets. 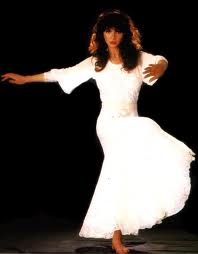 Kate Bush’s first two albums were released within months of each other, something you can hardly imagine happening now. The Kick Inside came out in February 1978 and that was the attention grabber. Not only did it have Wuthering Heights on it, the only number 1 hit she has had to date, but it also had Them Heavy People and the utterly eerie The Man With The Child In His Eyes.

By any measure The Kick Inside is a fabulous album. Thirty-three years later it’s still hard to credit that it is the work of a twenty year-old. The wisdom of millennia is rolling around inside it like oiled ball bearings.

Her second album followed in November 1978, and this I think is when my love for Bush became unconditional. Lionheart is a brilliant work, complicated, sexually confident, exotic, literate and timelessly, irresistibly English. At a time when the Right were running riot, and you only really saw the cross of St. George or the Union flag in a racially inflamed context, Bush took the centuries old magic of pre-Christian England and extrapolated it into a romantic, gallant alternative present with an occult underside.

Never Forever (1980) and the ferociously experimental The Dreaming (1982) followed, and now that I’ve warmed up I could do you two thousand words on each of those albums easily-peasily. However, time is passing.

It was with her fifth record that she peaked commercially, 1985’s The Hounds Of Love. 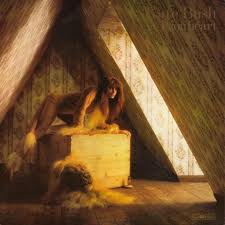 The Hounds Of Love is one of my desert island discs. It’s a swooping, terrifying, exhilarating record. Half concept album, half hit factory it was still nothing like any of the records it shared the charts with at the time. If you heard it for the first time today and knew nothing about it you would assume it was a brand new 2011 thing.

Then, apart from a greatest hits compilation, some odd sound track contributions and a Peter Gabriel duet (of enduring beauty), nothing. For ages.

I maintain that The Sensual World (1989) with its unearthly blending of Bulgarian throat music, Uilleann pipes, fiddles and whistles, is one of the best things that Kate Bush has done. I maintain that. But I also maintain that you can do worse things with a Sunday afternoon than watch Never Say Never Again or The Monster Of Peladon, so there you go with that then.

It was not a conspicuous success, though far from a flop, and there was another long gap until 1993’s The Red Shoes. 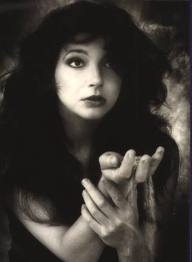 The Red Shoes yielded a number 12 single in the ebullient form of Rubberband Girl. It also contained the devastatingly emotional You’re The One and Moments In Pleasure. But there are tracks on the album that are not brilliant and I, at least, had a sense that the light had dimmed slightly. And that was that until Aerial, the happy album, filled with gratitude and the joy of being a mother.

From time to time in my life I have fallen in love with girls who have not fallen in love with me. Yes, it’s a big fat stripey surprise to me too, but there you go. It is a painful thing to watch someone you love fall for someone else, get married and start having kids, especially when you are squatting half naked in a feculent flat, cooking a rat on a stick over a fire in a brazier.

That’s what happened to me and Kate. She went off and got happy, and I’m not a part of that.

The reason for typing all of this though is that there is suddenly a bit of hope. For the first time ever I have downloaded a new Kate Bush track from iTunes. (In the olden days we would have called this “buying a single”). I have pre-ordered her new album too. It comes on to my computer by magic on May 16th.

It’s not exactly a new album though. Bush has given it the title Director’s Cut, and rather than it being new material it is made up of revised versions of tracks from The Sensual World and The Red Shoes.

What an odd endeavour, although it isn’t without precedent. For the release of The Whole Story (the 1986 greatest hits compilation) Bush recorded a fully revised vocal track for Wuthering Heights.

So, until May 16th I have only one track to judge the new album on: the single Deeper Understanding, which is, by the way, a deranged choice of single.

A minor track on The Sensual World, Deeper Understanding tells the story of someone withdrawing from the real world and spending more and more time with their computer. This, I recall, seemed almost risibly simple-minded in 1989. It has a vastly amplified relevance now obviously. Typical of Bush in fact. Although a skim along the top of her work gives the impression of a naïve, pastoral view of the world, closer inspection reveals her to be an acute observer of the intricacies of technology.

If you don’t believe me, listen to any of her albums on headphones.

The production, to quote Gerald the gorilla from another context, is phenomenal.

I think, on the strength of the Director’s Cut version of Deeper Understanding that I may well love this album-to-be. Apart from a lengthening of the track which gives more of a sense of a changing relationship, the biggest immediate difference is that the close-harmony ululations of the Trio Bulgarka which previously portrayed the computer’s voice have been replaced by one of those wonky Sparky the Magic Piano voice-changers that Cher used once, and everybody uses all the time now.

Sounds like sacrilege, but in context it works. I can’t wait to hear what the rest of the album is like. 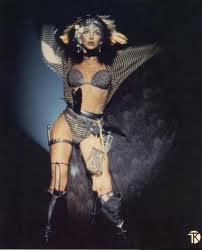