And how do we fill the chasm between the two? Regretting the absence of pancakes and women, or looking forward to the opportunity for humour and raising money for charity.

Ah ha! You see the problem straightaway don’t you? There is very little point writing this blog, and absolutely no point at all reading it, but I’m going to plough dully onwards anyway. That’s the way I roll.

If you want to skip it, fair enough. See you next time when there might be some film and Doctor Who stuff.

There used to be some purpose to Pancake Day. The following day, Ash Wednesday, marks the beginning of Lent, which in the Christian tradition is the forty day period of fast and abstinence leading up to Easter (the festival of rebirth or resurrection). So on the Tuesday before Ash Wednesday it was traditional to have a bit of a hooley and clear the cupboards of the more sinful foods.

The English term Shrove Tuesday comes from the past tense of the verb to shrive, which means to go through the process of confession, penance and absolution. I prefer the French term Mardi Gras or Fat Tuesday which really needs no further explanation. Mardi Gras, incidentally, is accompanied by a carnival, which word comes via the Italian “carne levare” meaning meat put away. (Stop giggling at the back.)

So there you are: the Mardi Gras carnival. You thought you were dancing in a mankini, drunkenly snogging a ladyboy in Rio. You were actually observing a Christian festival. You make me sick.

That was fine in days of yore, when people actually used phrases like “days of yore”, but it makes little sense today. Although this remains a country which defines itself as Christian and has a head of state who is also the head of the Church of England, it is to all intents and purposes a secular society.

A great many sincere and generous people devote themselves to Christianity in one or other of its forms (and a great many sexually deviant game-players do too, but that’s for another day). But there are far more people who, whilst happy enough to pass through the church door for Weddings, Christenings and the filming of Songs of Praise, would not bother their Mini Egg-McFlurry enhanced arses with the rest of the Christian calendar.

Lent as a time of fast and abstinence? Don’t make me laugh hollowly, and then sob.

In some important research that I have just conducted in my head but which it stands to reason must also be true in the real world it was revealed that for every Cadburys Creme Egg eaten on and after Easter Sunday, one hundred eggs were eaten during Lent. A sombre, and not true, statistic.

We don’t (largely) observe Lent, so why the big deal about Pancake Day? Why do people confine their flat snack intake to just one day a year? And why do they go crazy for them on that day? It’s not so much a waffly treat. It’s more of a sinister experiment in population control that has got way out of hand. I’m with the crazy, spliff-smoking, Human-Centipede-inventing Dutch on this one. If you want a pancake, have a pancake. If you don’t, don’t. Leave the calendar out of it, and try not to be bullied in to stuff.

If, like me, you know some women, or have been affected by women in the past, then you’ll realise that they are a year round phenomenon. And quite right too, with their special films like Blonde Magnolias and The Notebook on the Beach, and their endless winsome talk of hats and bras and doilies. Why confine that to one day a year? Let it burst the banks and fill the rest of the year too so that we’re not drawing artificial lines and making needless distinctions.

“Women and other minorities” was a phrase I genuinely heard being used in 1987, at which point the British population was 52% female. That’s an issue that needed addressing at the time. I think that there are still embarrassing disparities in issues of sexual equality, but I’m not sure that one day a year is going to be particularly good at un-embedding the bad attitudes that are still embedded. 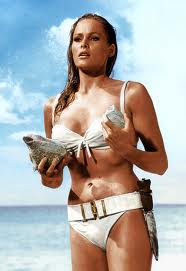 So the Day of Pancakes and International Women is in the past, but, and this is really where the heart of my discomfort lies, we have this still to look forward to: Friday sees the return of Red Nose Day, a day of charitable fund-raising for Comic Relief.

That’s a good thing, surely. Every two years celebrities draw cash on their cachet and it goes to people in the world who need it. People dress up in funny costumes, and do funny things and raise money through sponsorship. It’s win-win. What kind of mean-minded, stink-saturated fart-bubble would pop out a foetid complaint about that?

Well not me, that’s for sure. Except. Phhhffft…

Well, it’s sort of bugged me for a while, and I’ve just kept cramming it down because it’s good people doing good things, but this year it is more conspicuously grating than usual. And counselling’s like forty quid an hour or something, whereas this is free, so here we go. If I don’t vent it I’ll get stress boils the size of rhino bollocks popping out on my neck.

When I used to drink I would go to the pub after work with familiar people. We had a pub we liked. We had seats we liked. When we went through the doors the staff said hi, and started pouring our drinks before we even got to the bar. Except for once a year, just before Christmas, when you couldn’t get into the place because of the once a year drinkers.

When I went to see Black Swan this year, the showing was spoilt for me by the tittering knob-wittedness of the audience. It was immediately after the Oscars and the place was filled with people who’d read about Natalie Portman in Heat magazine and whose kids quite liked Angelina Ballerina so they’d gone to see the ballet film.

I have still to see 127 Hours. I heard someone at the ticket desk in Eden Court asking for “that film where the boy cuts his own arm off” and that was enough for me.

Drinkers will drink when they want to. Film lovers will go and see movies they want to. Fans of pancakes and International Women will indulge their tastes at whim.

And so, I think, it should be with humour and charitable donations.

I spent some time a few years ago in the murk-free and blameless world of Internet dating. It was interesting as far as it went and I met some great women and some interesting psychopaths. The biggest challenge though was not the meeting of a stranger. It was the compilation of an honest, but interesting profile for myself. What I steered clear of was the whole GSOH/VGSOH minefield. I toyed with the idea of putting VBSOH for a while but thought better of it.

See, I don’t think it’s a thing you can claim for yourself. Having a sense of humour (G, VG or otherwise) is like “being a good driver”, “being excellent in bed” or “smelling almost like a normal person”. It’s an accolade that only other people can confer on you.

I would guess that funny people are funny all year, or as the mood takes them. I would hope (in this affluent society where a floating duck island is apparently a real thing) that people give donations to charity as suits their financial situation and conscience.

I would further guess that anyone who confines his or her humour and charity to the 24 hours of Friday March 18th is maybe not actually that funny or charitable.

So this is the subconscious squalor I’ve been suppressing for years. My reason for suppressing it was that I thought Comic Relief did no harm, but did do some good. But now I’m beginning to wonder if the very act of stapling charity to a particular day limits it.

My grudging acceptance used to be along these lines: OK someone has spent fifty quid on a Lippy The Lion suit and is pushing a chick pea up the Market Brae steps with their nose for a pound. At least that’s a pound going to charity which otherwise wouldn’t have been.

Now I just wish they’d shut up, leave the Lippy The Lion suit alone (or Hardy Har Har suit, the details aren’t important) and quietly go about giving a pound a week to Amnesty International or something.

Am I being too cynical here?

Before leaving behind, with luck forever, the super-specific subject of days when things happen I do just have to have a bit of a blurt about Census Day, which is 27th March 2011 here in the UK. There are slight differences between the English, Welsh and Scottish censuses, but their intentions and methodologies are essentially the same so I’m not going to draw distinctions.

Does it seem like a drag to you? Filling in all that information? It’s not really that arduous. Give it your best shot and, if you can, do your best to be non-flippant for the small amount of time it takes. The information gathered is used seriously to determine the allocation of finite resources.

And in a hundred years time it will be available for inspection by all the family history buff progeny you’ve spawned and you don’t want to look like a fuckwit in front of them for something that was funny for five minutes, if that, do you?

Because the last time we had a census 390,000 people in England and Wales, and 14,000 people in Scotland (a lower proportion) claimed to be Jedi.

Really? Sounds high to me. You know, for a fictional religion made up by a check-shirt wearing, no-neck geek.

I understand the need some people feel to stick it to the man, but I question whether or not this is the right forum.

Officially, any Jedi replies this time round will be counted as No Religion, but the option is there to count Jedi as a faith and this could have repercussions. If you have no religious faith, just put that eh, and do your funny joke for Comic Relief instead.

I particularly like their conclusion: “If you actually identify, religiously, as a Jedi then that’s what you should put.”

I also like the Tweet from @Cassetteboy which said: You’re only a Jedi if you can make the census form levitate by waving at it with your magic space hands.

(Parenthetic music recommendation: If you like archive tapes cut up to make posh broadcasters sound like they’re swearing, set to music, then you will definitely like Mick’s Tape by Cassetteboy.)

A Jedi or something. I don’t know. I haven’t really looked into it.