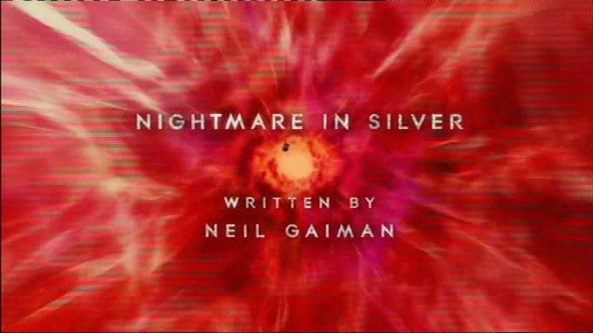 She was very beguiling and interesting, this girl I went out with once: pointed, glittery and sharp. Bladed. A scythe of a woman. Good in a harvest. Bit of knobbly wood sticking out of her. Feared by the elderly and infirm.

Not those last three.

What she liked to do when we were out for a meal was this: during the starter she would talk excitedly about the oncoming main course; during the main course she would anticipate dessert; during dessert she would be planning future meals.

I don’t know what she’s doing now, but if it is film journalism then I wouldn’t be at all surprised.

As I sat in Iron Man 3 last week it did strike me that the actual seeing of a film, the process of lolloping out to the cinema, renting a chair and then watching the thing one frame at a time or however they do it in these complicated digital days, is now the least significant part of the process from the industry’s point of view.

The Iron Man 3 screening I went to was the earliest one available in Inverness and yet, even as I slithered around on my leathery VIP seat trying not to get stuck in the gigantic pop-cup hole in the armrest, Iron Man 3 was already a bit passé, if one were to go by press coverage. The very femto-second the movie was actually available for public inspection it abruptly became of no interest to film journalists it seemed. They were already getting fizzy about next week’s Star Trek Into Darkness.

Bizarrely, the next week when I watched Star Trek Into Darkness on its opening day I again felt behind the times. The bigger news that day was that the trailer for The World’s End (due in July) had just been posted on that internet.

And there I always am, trying to enjoy a brand new thing whilst being exhorted on all sides to ignore the brand new thing because there’s something even newer on the way. Oh, if only it would hurry up.

Defocused temporal perception is all well and good if you are a Sirius Cybernetics Corporation Happy Vertical People Transporter, but it is less useful if you are a barely functional simpleton like me. I am just about equipped to live in the moment, but anything other than that I find depleting and harmful. When hungry, be hungry. When eating, eat. That’s the sort of thing I aspire to. It’s not quite The Power Of Now, but then I am no Eckhart Tolle. I don’t even look like him. 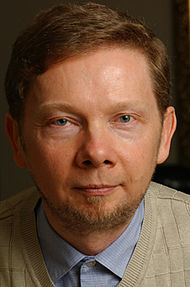 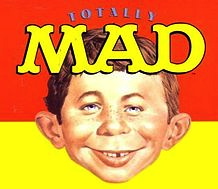 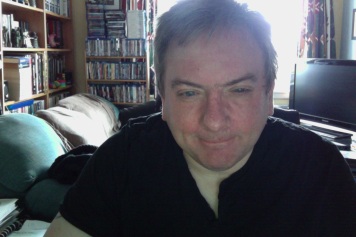 I find it hard at the best of times to remain in the living present. I don’t know how your consciousness works, but I think mine is, in broad terms, an aggregation of a fancifully remembered past and a wildly approximated future. There is no way of apprehending the fleeting moment of now before it becomes then. The past is just memories. The future is just potentialities. And irritatingly enough there is no present for the consciously aware to cling to. It’s all very frustrating.

So, to a degree we each extend into the past and future, however immediate we are, but blimey some people take it to extremes, don’t they?

I live in a country where, because of where I was born and how I speak, I am occasionally held personally responsible for some stuff that went down several hundred years ago. There are some people, a trivial minority, who are that deeply in thrall to the past.

And when I watched Star Trek Into Darkness it took right up to the end credits for me to realise that there were going to be no surprises. Everything in the film had already been blurted out to me online over the past year by people who seem to live permanently in thrall to the future.

Iron Man 3 managed something of a coup by keeping a narrative twist under its curvy metal hat for the duration of its pre-publicity. No such luck with Star Trek though. It was all completely, dismayingly familiar the first time I saw it. Into Darkness is a good film. I just didn’t enjoy the experience of going to see it particularly much.

The film makers aren’t that bothered I would imagine. The anticipatory build up is where a movie’s reputation is mainly established. Then the long home entertainment afterlife is where the money is. That minuscule intermediate spell where the film just actually is a film is a bit of an embarrassment to them, one senses.

It is the modern way of things.

As with the films, so with Doctor Who.

I am finding it increasingly difficult to avoid internet speculation about next week’s season finale, The Name Of The Doctor, and November’s fiftieth anniversary special. There seems to be no way of blocking it and this irks me slightly. The spoiler-blurters are not like kids who go truffling for their own Christmas presents in the yuletide run up. They are like kids who find out what your presents are and then burst into your home screaming the information at the tops of their lungs.

All the other bits of their lungs too I should think. I don’t know. I’m not a lung doctor.

Their excuse of “Well you didn’t have to listen to/read what I had to say” does not suffice in this situation. It is the spoiliest of spoiling. I wish people would appreciate what has passed, relish what is happening now, and decorously await future developments. But, alas, I am old, and not in charge of the world.

There was a small amount of spoilering with Nightmare In Silver. A couple of recipients of the preview discs, including the Radio Times reviewer, were quite negative before the rest of us even got a chance to see it. There was an interview in which the script-writer Neil Gaiman became slightly defensive too, and the sulphurous suggestion of failure began to cling to the episode. The end result of all this was that those of us who just watch the programme for the first time as it is broadcast, the bottom of the heap guys, never got a chance to see it clean. It had been stamped with the reject stamp before we even opened the box.

This reminds me of the kickings that the movies John Carter and Prometheus received last year. A couple of folk got in early with some snark. A posse got rounded up. High horses were mounted. And by the time the poor bastards got released in the cinemas they were dead films walking. There will be reassessments later. Commentators of the future will wonder why the majority of contemporary viewers were so scathing. It has happened before. Apocalypse Now, The Shining, Scarface, Blade Runner. And that’s just off the top of my head.

Approximately twelve inches north of the top of my lungs.

What I would like, in fact what my glorious new Reich will insist upon, is for everybody to just take a deep breath, actually have a look at whatever they are reviewing (the thing itself, not their preconceptions of the thing) and establish a bit of context before going off on one.

Nightmare In Silver is a great episode.

The return of the Cybermen was not a thing I had been pining for even slightly, but I am glad it was done now, and I am particularly glad it was done this way. They seem to be an interstellar race once more, and no longer a domestic appliance invented by a parallel universe version of him off of Only Fools And Horses.

Their extinction, save for one tiny outpost, brought back welcome memories of the tin pot soldiers from Revenge Of The Cybermen (1975), a story whose reputation is only as slight as it is because of the sheer majesty of the stories surrounding it.

Of the abundant other past story references my favourite was the return of the Cyberplanner from The Wheel In Space (1968).

Adorable Doctor Who touches included the return of the matronly Clara, allowing her to bring back a bravado to proceedings, one that was noticeably absent from the child-free Cold War, for example. I also revelled in Matt Smith’s performance once again, and was grateful to see it emphatically illustrated that he is the eleventh Doctor, and that the previous ten are the ones we are familiar with. So let’s stop worrying about that now, shall we?

Beyond the requirements of Who however what I most loved about this episode was how much of a Neil Gaiman story it was. Much more so than his previous script The Doctor’s Wife.

There were more characters than we have had for a while in a single episode, but they were all adroitly managed. The kids (the clever boy who turns out to be a bit thick and the stroppy girl who works everything out) were exactly the sort of heterodoxical individuals you get in a Gaiman story.

Warwick Davis’ dignified portrayal of a leader in self-imposed exile, possibly the perpetrator of a necessary atrocity, is a beautiful touch too. It’s a delicate filigree of character work, far removed from most TV drama.

It was good to see characters bedding down for a good night’s sleep too. That’s a Gaiman thing, and we don’t see enough of it in Doctor Who. Jo gets some kip in The Daemons. Nyssa has a nice nap in Kinda, though that’s more to do with being surplus to narrative requirements rather than an actual plot point. There must be others.

When I praise Neil Gaiman, and I do this quite a lot, I do it almost entirely with reference to his series of Sandman comic books in the eighties and nineties. This is still an extraordinary work, transcending its apparently base origins to incorporate myth and classical literature in an astonishing, confident, novel way.

As a young man I was driven to write a letter to the comic’s publishers in a strangled attempt to explain just how brilliant Sandman 50 (Ramadan) was. They were kind enough to publish it and, even though the letter got edited rather clumsily to take out some spoilers I had inadvertently stumbled across, it still remains one of the three coolest things I have ever been involved with.

(Interestingly, writing a letter to a comic was the only way of publicly articulating an opinion at that level in the nineties. The downside was that it took three months for your observations to see the light of day. The upside was that not so many people could add a comment underneath comparing you to Hitler.) 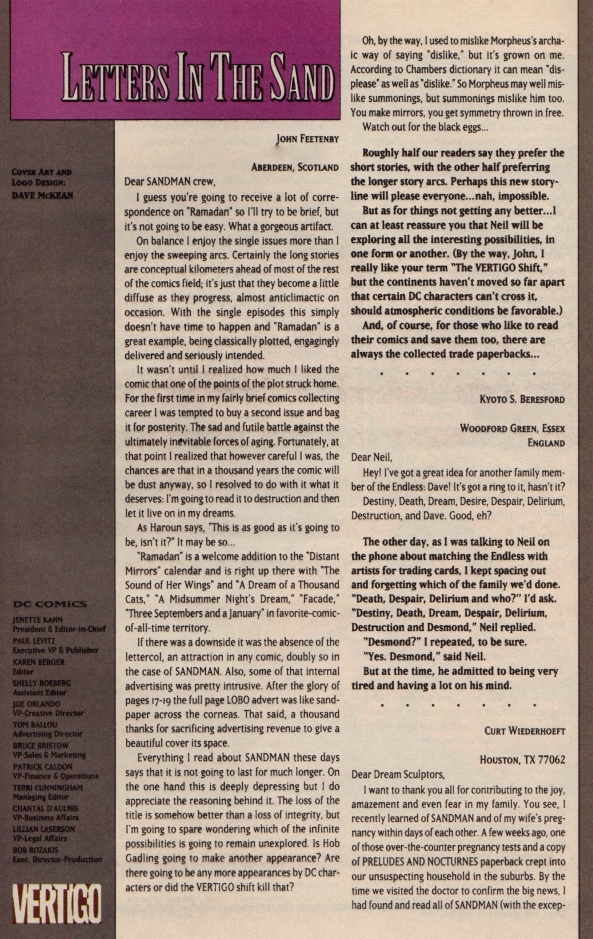 The single most Sandman-esque thing about Nightmare In Silver though may not, in fact, be a Gaiman touch. It seems more like a happy confluence of Gaiman themes with Steven Moffat’s arc for this season. It is when the Cybermen point out to the Doctor that in erasing himself from history he is still definable by the gaps that he has left behind. This is exactly the starting point of the Sandman story.

In the early issues of the comic we see a world suffering because Morpheus has been removed from it. The Golden Age Sandman, Wesley Dodds, is even explained retroactively as being the universe’s response to something that it knows is missing. And it is an ongoing aspect of the series that Morpheus himself is often absent from the narrative running through his comic.

This does seem a little like Moffat-era Who, with its accentuation of the supporting characters whilst the title figure remains mythically in the background.

A few things that went by quite quickly so I wasn’t sure. Was that the blowfish in a sports car from Torchwood? And did they really have Ansible class communicators?

I am very happy with all of this. 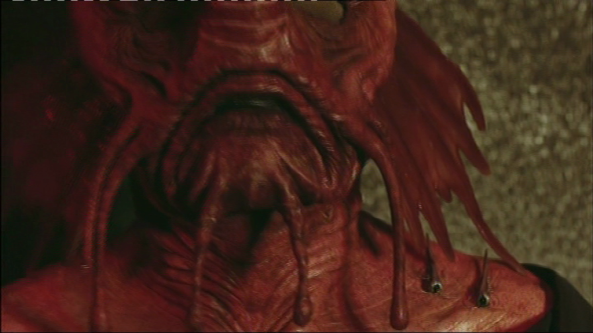 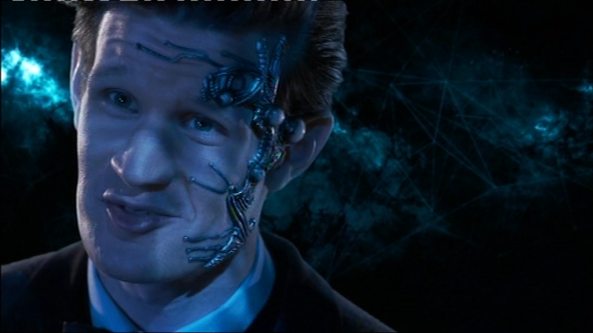 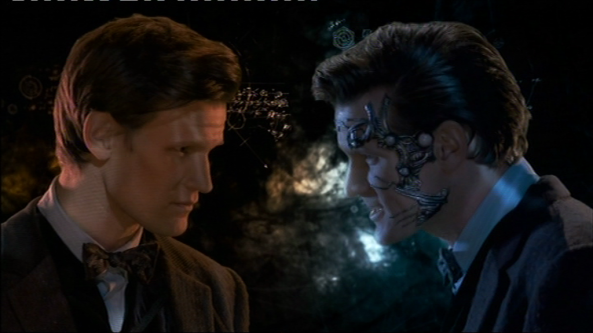 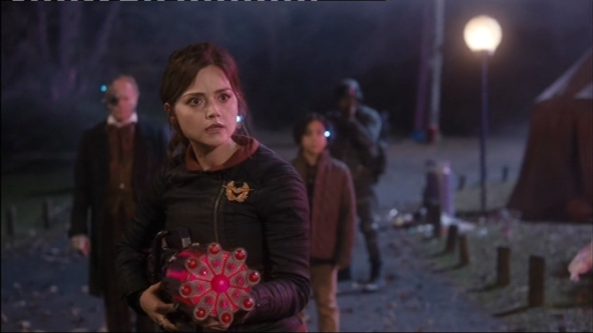 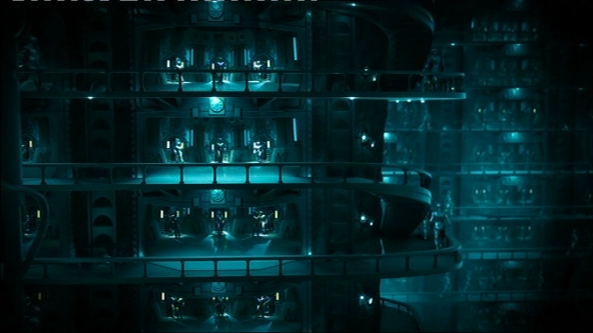 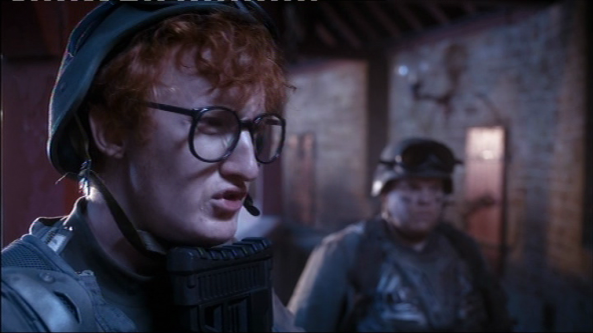 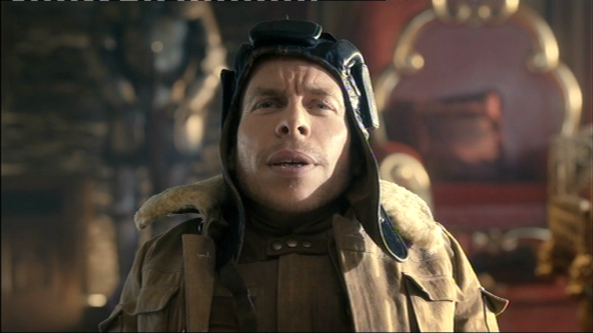 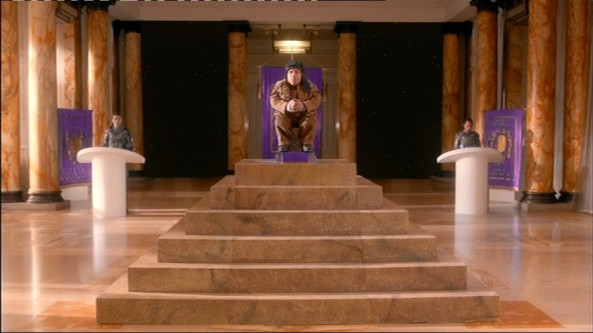